As we plan and perform the testing in Delivery cycle, we are facing with so many many different testing types, and how do we choose it correctly based on their purpose?

In this digital era of email, virtual meetings and collaboration tools, it is easy, convenient and  can often be more productive to work remotely

ITIL 4 is an evolution of ITIL v3 concepts, not a replacement. The good practices from previous versions of ITIL are still valid, however, the ITIL 4 publications have been updated to include additional modern practices and approaches for delivering valuable products and services to customers. The table below includes a summary of three key differences between ITIL v3 and ITIL 4:

In addition to the above, ITIL 4 introduces the following new concepts, which we’ll dig into in further detail below:

Let’s watch the video for clear explanation on What is ITIL v4.

Our Previous Webinar Series discusses the ITIL 2. Now we are going to discuss about ITIL Version 3.

Over the years, the different versions of ITIL have released in order to stay aligned with changing business requirements. Termed ITIL V3 the third version of ITIL best practices framework was released in 2007. An update to ITIL V3 was made in 2011, because of which, ITIL V3 is also called ITIL 2011 V3. This latest version is more suited for today’s business environment because it includes strategic elements so that the IT service management is more aligned to the business requirements.

The core of the ITIL v3 framework revolves around the ITIL Service Lifecycle and a set of supporting processes and best practices for each stage. The 5 ITIL Stages are:

ITIL was designed such that the lifecycle stages together form a closed-loop process. This is important because most service management activities aren’t performed when creating services from scratch, they are activities that fix or enhance an existing service. Each stage of the service lifecycle is represented by one of the ITIL volumes and is self-contained while at the same time integrating into the overall ITIL framework.

To understand more about ITIL v3, let’s watch video below

Our first Webinar Series discusses the Introduction of ITIL. Now we are going to discuss about ITIL Version 2.

Although ITIL Version 1 gives many benefits to early adopters, there was no rigor around individual best practices. In the late 1990s, ITIL architects realized that an integrated service management framework was needed that organized and coordinated the work of the previously identified best practices; a flexible framework fitting the needs of any size organization. With those goals in mind, the architects set to work and in the year 2000, ITIL Version 2 was released.

ITIL Version 2 (v2) breaks down IT Services into 6 group of processes. The components interlock like pieces in a jigsaw puzzle, each with its own set of touch points or process hand-offs. ITIL processes aid in aligning IT components into discrete services, as well as delivering and supporting those services. ITIL offers disciplines to ensure services, roles, and responsibilities are well-documented and understood by both IT and the business units. When done correctly, services can be provisioned internally or externally without any perceivable difference by the business.

See how the different components of ITIL Version 2 work together in the video!

Our first Webinar Series discuss about Introduction of ITIL. Check the next part of the series as we will discuss on ITIL v2, ITIL v3 and the newest ITIL v4.

ITIL (Information Technology Infrastructure Library) is the world’s most widely used IT Service Management framework.  ITIL gives direction to an organization and people to utilize IT as a tool to encourage business change, transformation, and development.

The goal is to improve efficiency and achieve predictable service levels. The objective is to enhance performance and accomplish certain service levels. The key factor for ITIL success is vendor neutrality, Best practices and easy to understand the framework.

ITIL has been used worldwide and been updated through time to fit the needs of Information Technology practitioners. Last year, Axelos has released the latest ITIL version, ITIL 4.

ITIL 4 will help businesses navigate the new technological era, commonly known as the Fourth Industrial Revolution. The speed of current breakthroughs is disrupting almost every industry on a global scale. The Fourth Industrial Revolution is marked by emerging technology in fields including robotics, artificial intelligence, nanotechnology, quantum computing, biotechnology, the Internet of Things (IoT), 3D printing, autonomous vehicles and much more.

ITIL 4 will provide a practical and flexible basis to support organizations on their journey into the new world of digital transformation by helping them align their human, digital and physical resources to compete within the modern complex landscape.

The context of ITIL, with the release of ITIL 4 is now much bigger, with an emphasis on the business and technology world, how it works today, and how it will work in the future with Agile, DevOps and digital transformation.

But before we go deeper with ITIL 4, let’s check what ITIL is !

Thank you for watching, and enjoy!

Organisations starting or in the middle of DevOps journey are familiar to T-Shaped model, the model which was popularized by IDEO chief executive Tim Brown.

T-shaped individuals have deep knowledge (the deep stem of the T) in at least one discipline or system, but also have a wide range of general knowledge of many disciplines and systems and a variety of boundary crossing competencies (the general top of the T).

This year our DevOps human has evolved to be E shaped. The trends clearly favor those with “breadth” and “depth”, as well as the tangible (execution) and intangible (exploration), implying having both a big-picture outlook and an attention to detail from being a practitioner. E-Shaped People have a combination of “4-E’s”: experience and expertise, exploration and execution. The last two traits, exploration and execution, are necessary in the current and future economy.

Download the DevOps Institute Upskilling Report 2020 to get the comprehensive information on how Human DevOps Skills are evolving and the implementation in the organisations.

DevOpsDays is a worldwide series of technical conferences covering topics of software development, IT infrastructure operations, and the intersection between them. Each event is run by volunteers from the local area.

The idea began in 2008 with a discussion between Patrick Debois and Andrew Clay Shafer concerning the concept of agile infrastructure. However, the idea only started to spread in 2009 with the advent of the first DevOpsDays event held in Belgium.

Want to know more? Watch the video below to know more on the History of DevOps and also DevOpsDays!

Belgian consultant, project manager and agile practitioner Patrick Debois took on an assignment with a Belgian government ministry to help with data center migrations. In particular, his role was in certification/readiness testing. His duties required him to straddle activities and relationships between the application development teams and the operations teams (server, database network). His experiences—and frustrations over the walls of separation and lack of cohesion between application methods and infrastructure methods—planted seeds of discontent for Debois. His desire for a better way would soon lead him to action.

In 2008, at the Agile Conference in Toronto, Andrew Schafer posted an offer to moderate an ad hoc “Birds of a Feather” meeting to discuss the topic of “Agile Infrastructure.” Only one person showed up to discuss the topic: Patrick Debois. Their discussions and sharing of ideas with others advanced the concept of “agile systems administration.” In that same year, Debois and Shafer formed an Agile Systems Administrator group on Google, with limited success.

2009: The Case for Dev and Ops Cooperation

At the O’Reilly Velocity Conference, two Flickr employees—John Allspaw, senior vice president of technical operations, and Paul Hammond, director of engineering—gave a now-famous presentation titled, “10+ Deploys per Day: Dev and Ops Cooperation at Flickr.” The presentation had a dramatic flair to it, as Allspaw and Hammond would role-play the contentious interplay between representatives of  Development and Operations during a typical software deployment, along with all the finger-pointing/blame that goes on, such as, “It’s not my code, it’s your machines!” Their presentation made the case that the only rational way forward is for application development and operations activities to be seamless, transparent and fully integrated. Over time, this presentation has reached legendary status, and is historically viewed as the seminal moment in time for that called out to the IT industry for methods that we now know as DevOps.

Unable to attend in person, Debois watched the Allspaw/Hammond presentation by video stream. He was inspired, and—at the prompting of others through social media—formed his own conference called Devopsdays in Ghent, Belgium. By this point in time, the term “DevOps” had officially landed in the history books.

For many of us, another noteworthy moment in the history of DevOps was the publishing of the book, “The Phoenix Project,” written by Gene Kim, Kevin Behr and George Spafford. This fictional novel tells the story of an IT manager thrust into a seemingly hopeless situation, as he’s charged with salvaging a mission-critical ecommerce development project that’s gone off the rails. His mysterious mentor, a board member steeped in the disciplines of lean manufacturing, guides the main character into new ways of thinking about IT and application development, introducing the concept of DevOps along the way. 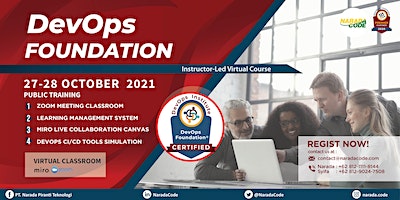 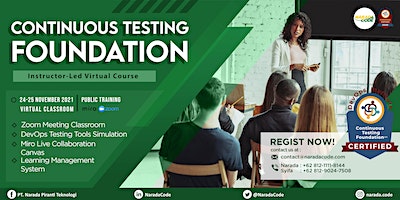