Collaboration among employees has become increasingly critical to business success, especially as companies have become more diverse and geographically dispersed. Yet not all types of collaboration are created equal, and collaboration does not always add value.

The first has to do with purpose or intent, which is why the collaboration was initiated. This could be the result of shared interest in a topic or a search for experts to help solve a particular problem.

In the Harvard Business Review, Vinet Nayar shared why a purpose or intent drives collaboration.

Imagine coming back home from work, calling the family into the living room, and urging everyone to collaborate more. Sounds weird, doesn’t it? Ever wondered what makes collaboration seem so natural at home but unnatural at work?

The answer is Purpose. Purpose is collaboration’s most unacknowledged determinant.  While it can be taken for granted within families, that’s not true of most organizations. Yet, companies and executives spend endless amounts of time and money trying to foster collaboration through technology, training, and memos instead of quickly defining the problem, framing the challenges, and inspiring people to come together and tackle it.

Why did these three teams succeed in the face of the overwhelming odds against them?  In all three cases, a culture of trust manifested itself as people communicated — across teams in NASA’s case, across a country in the FAA’s case, and across nations in the SARS example.  Team members were driven, they moved quickly, and there was a real esprit de corps.  They could write new rules and rewrite old ones, and they dominated the situation rather than letting the institutions to which they belonged dominate them.

The second essential characteristic is orientation and can be proactive or reactive. Proactive collaboration occurs when people assemble to pursue a common goal, while reactive collaboration is a response to a stimulus such as shortcomings in, or the failure of, a formal structure or process.

Working for an organization that is proactive instead of reactive sets a company above the rest. It’s better to know about the problems being thrown at you and start solving them before they start affecting the rest of the organization and your customers. A proactive collaboration culture enables teams to put out the spark before it starts a fire.

Self-organising collaboration emerges out of the discovery of shared purpose or interest on the part of previously unconnected individuals. Progressive collaboration occurs when an individual’s search grows into something larger as collaborators discover a shared need or passion and recruit others to do it. Remedial collaboration is formed through the discovery of inefficiencies or gaps in formal structures or processes. This collaboration grows with the number of unstructured or ill-structured tasks and typically results in the formation of innovation or problem solving teams, task forces and informal workarounds. Oppositional collaboration does not seek to ameliorate or compensate for the shortcomings of a formal procedure; it seeks instead to leverage them to strike a more attractive effort bargain and/or to grow a counterculture and a distinctive identity based in opposition.

Unquestionably collaboration has many benefits, such as inclusiveness, the sharing of a plurality of ideas, avoiding tunnel vision, and so on. However, even well-intentioned collaboration can easily slip into being unproductive or counterproductive.

So, When the unproductive collaboration happens?

One of the most common causes of unproductive collaboration is over-inclusiveness, or “too many cooks in the kitchen.” With too many voices in the chorus, time that could be spent on-task with product development or design is instead spent moderating the plurality of differing opinions and perspectives. While this can be valuable for generating ideas in a large group brainstorming session or in a product development summit, a large plurality of voices and perspectives can become counterproductive when actual work begins on a project.

One of the simplest things you can do to ensure that collaboration is productive is to include the minimum number of participants as absolutely necessary, whether during the ideation phase of a project or during actual implementation and development. Zachary Fruhling in Resilient Educator said “the most fruitful and productive collaborations have occurred within very small teams and partnerships”.

Additionally, a little example of how you work in small team :

In each instance, the collaboration was productive because outside voices, influences, and opinions were kept away from the actual development process, so people with the right experience, expertise, and skill sets could focus on their collaborative and creative work with a minimum of distractions or conflicting perspectives. Within the scope of these small partnerships and teams, there was a large degree of collaboration and unity of purpose, but being able to focus on the task at hand was a matter of keeping away outside influences from even well-intentioned external stakeholders.

One of the clearest signs that collaboration is veering into unproductive territory occurs when supposedly collaborative meetings occur in which not all participants walk away from the meeting with one or more concrete action items. This not only helps to ensure forward momentum, but also help to keep team members’ ideas and perspectives grounded in actual work instead of in the abstract.

Trust is a necessary condition of avoiding unproductive collaboration by keeping teams small and focused. External stakeholders, product owners, and management must have trust that a development team will achieve the development or business objectives while taking their needs as stakeholders into account. When this trust is present, the perceived need for a larger number of participants in supposedly collaborative meetings can be reduced or eliminated. Trust between team members is equally important, even on a small team. Trust that each team member will do his or her part on any particular project is also an important part of keeping collaboration efficient, targeted, and focused.

Have you had experiences with  productive or unproductive collaboration?  Share your thoughts! 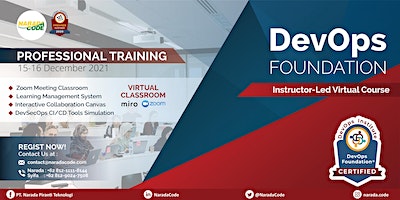